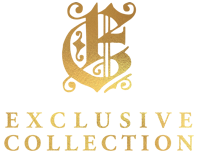 Comprising La Maison and the adjoining Owner’s Residence, La Grande Maison is perfect for larger groups looking for a luxury alpine stay with no compromises.

“It had to be special. It had to be unique.” That was the sentiment of the owners of La Maison de Montriond having ruled out countless opportunities across Europe and North America before deciding to create this exceptional mountain home.

“In Montriond, we finally found what we had been searching for; a beautiful and grand old property dating back to 1749. It was the original ‘town house’ being located in the main village square adjacent to the Maison de Ville and Eglise de Montriond. It had been in the same French family for at least six generations. Even at first sight we thought it was beautiful” recounts the owner… “it was obviously a traditional Savoie property but also had some fascinating Italianate features. But it lay almost derelict, with just the faintest whisper that it once was, and could again, be something truly special”.

What they have created really is just that; special and unique. An exceptional town house in the mountains, a home quite like no other. La Maison manages to seamlessly blend all that is good about a traditional ski chalet with the magical design inspiration of a grand residence from a bygone era. Luxurious but incredibly tasteful throughout, there are six spacious en suite bedrooms, an impressive spa and the most incredible living space set out on the top floor under the beauty of the exposed timber structure.

“Our vision seemed simple. On the outside we wanted to lovingly restore the exterior of this 18th century building and breathe life back into the village square. Inside we wanted to create the most sumptuous mountain home, which both skiers and non-skiers could enjoy equally.”

Local professionals and artisans were used to ensure the history of the building wasn’t lost. The project was led by locally-renowned architect Herve Marullaz of Marullaz Architects in collaboration with Kyles Garrett of Shep & Kyles Design.

The restoration project began in the summer of 2017.The external facade was restored to be in harmony with its 18 century roots. The property had originally been designed by an Italian architect during the reign of Louis XV. A key point of inspiration was the juliet balcony which was lovingly restored and replaced in situ framing a truly relaxing and opulent French boudoir that now connects two of the bedrooms. The original timbers were retained wherever possible with local artisans seamlessly incorporating them to the new structure.

“Inside, we had a huge volume of space to use, a blank canvas, which was incredibly exciting. Being fortunate to have stayed in some amazing chalets and hotels around the world we felt we understood what it would take to deliver the ultimate Alpine retreat. The aspiration was to deliver the most comfortable, luxury living experience including a spa, pool, fitness studio, a professional open plan kitchen, sumptuous dining area, relaxing lounges and a cinema snug. The bedrooms needed to be cosy but with excellent modern en-suite facilities. We wanted all the rooms and spaces to flow from a central space which had the grandeur of the world’s most luxurious hotels.”

To achieve this there is a feature staircase at the heart of the building which was hewn from 370 million year old sedimentary Caithness stone from the Northern Highlands of Scotland.

“Being Scottish we were keen to blend the historical association between France and Scotland, but were also keen to avoid the stereotypes of tartan, Savoyard skins and red hearts.”

The Scottish connection also extends to the unique furniture commissioned from Scottish design houses and bespoke soft furnishing fabrics supplied from Glasgow-based Timorous Beasties. The result, the most opulent, comfortable, warm and welcoming atmosphere in a completely unique setting. Welcome, to La Maison.